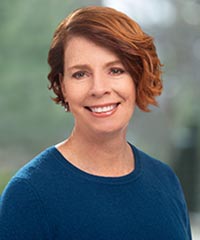 Zoe brings vast experience in team leadership, diversity and inclusion, and change management. Her career spans two decades during which she has worked in consulting, non-profit, legislative, government and private sector organizations and teams at the local and national level. Her projects have included a variety of organizational change strategies and management, stakeholder engagement and business process excellence.

After graduating from the U.S. Naval Academy in one of the earliest classes to admit women, Zoe served on active duty for six years then transitioned to the US Navy Reserve, and retired at the rank of Commander. She publicly came out as a lesbian in protest of the military’s policy prohibiting LGBT service and was one of the first service members to be prosecuted under the “Don’t Ask, Don’t Tell” law. Having prevailed in her discharge hearing, Zoe went on to become a founding board member of the Servicemembers Legal Defense Network. President Barack Obama honored Zoe for her tireless commitment to equality in the military by asking that she stand beside him as he signed the historic Don’t Ask, Don’t Tell Repeal Act of 2010.

Zoe began her consulting career at Deloitte, focused on supply chain and CPG clients, and has consulted with other consulting firms that provide organizational and change management services to large multi-national corporations. Her hands-on business experience includes holding management and director positions for cutting-edge retail companies.

Zoe is a frequent public speaker who has delivered addresses on the topics of diversity and inclusion, authentic leadership, ethics, and influence without authority at conferences, corporate meetings, law firms and academic institutions. She dedicates herself to several volunteer organizations and has been appointed to several national and local commissions. She is also the recipient of many awards, including the VetsInTech Veteran of the Year for 2017. Zoe received her Bachelor’s degree in physical science from the US Naval Academy and her MBA from Stanford University. She holds a Lean Six Sigma Black Belt certificate